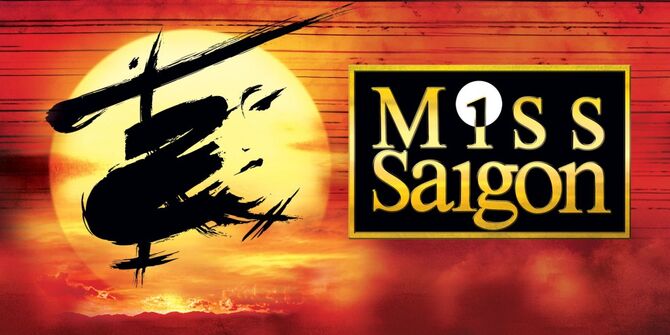 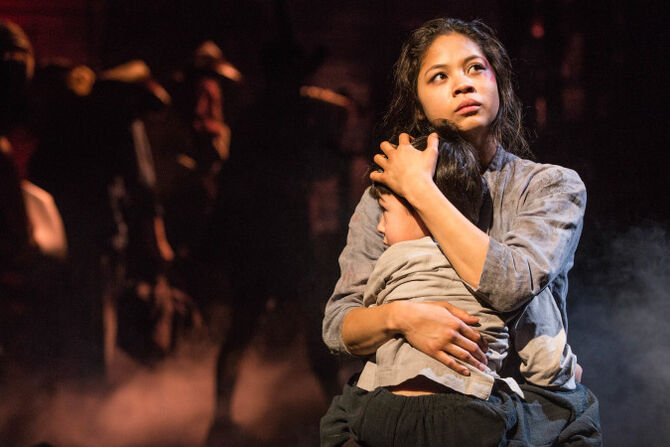 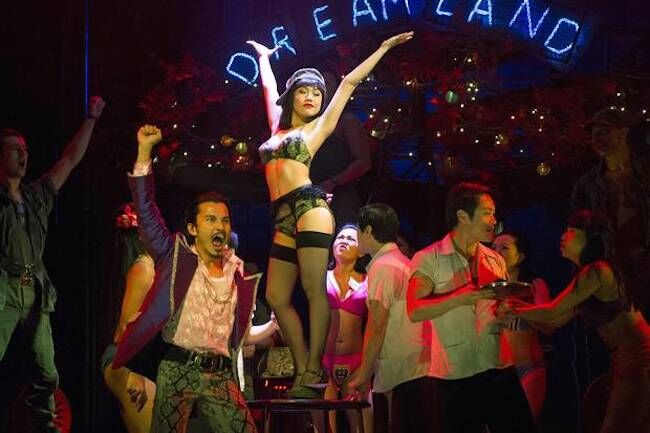 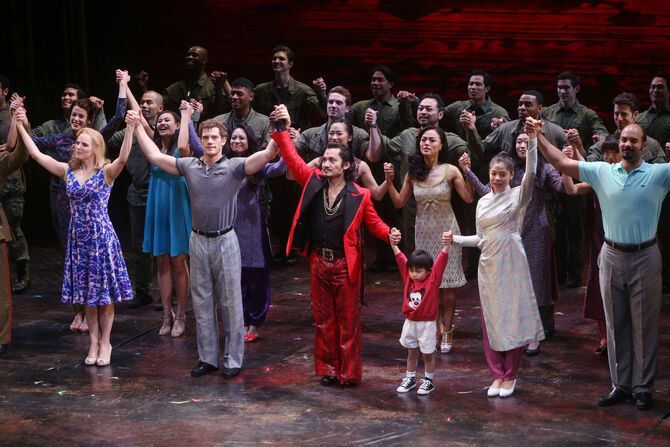 Miss Saigon is a musical by Claude-Michel Schönberg and Alain Boublil, with lyrics by Boublil and Richard Maltby, Jr. It is based on Giacomo Puccini's opera Madame Butterfly, and similarly tells the tragic tale of a doomed romance involving an Asian woman abandoned by her American lover. See more...

'At the Crossroads' — Remembering the Life and Music of Leslie Bricusse  Broadway Blog...

See www.miss-saigon.com for dates of the upcoming US Tour.

Listen to the songs[]

Check out iTunes or Spotify for the Original Cast Recording, the Complete Symphonic Recording, and the Miss Saigon: The Definitive Live Recording and more.

Click here to check out Amazon.com and purchase the Miss Saigon: 25th Anniversary Performance and see other available merchandise of Miss Saigon!

Community content is available under CC-BY-SA unless otherwise noted.
Advertisement